Last night I wasn’t feeling so well. It had been a long week and it was only Wednesday. I had been working late every night, getting up early, and couldn’t see an end in sight. I still don’t, but Iwoke up to a loving colleague tweeting about a remarkable student post about classroom work in my course. It’s not often that you get tangible, detailed, positive feedback at 6 in the morning. Let’s just say it was well-timed and the day continued to surprise as I had a rousing conversation about Minds Online with SEU faculty, several students came and engaged in the English Eddies Teacher Circle (along with venerable AISD 2013 Teacher of the Year Sarah Dille and her colleagues Ginger Gannaway and Janie Lewicki) and I arrived home to a swarm of smiling children who wanted to read Winnie the Pooh and go to sleep. Kind of a dream.  Feeling grateful. Going to bed.

She expected me to be devastated.

“Ms. Johnson, come over here and look at this.”

“Come over here and take a look at my screen; at Sadie’s growth chart.”

I come over in time to see her hitting zoom in 25 times. I can see the almost flat line barreling down the one yard highway between my chair on the wall and her laptop hanging on the washbasin counter.

“Ok. Tell me what you’d like me to observe.”

It was like she was doing a see think wonder with a growth chart I’ve been scrutinizing at the will of doctors since June 5, 2007 (Sadie’s birth).

“The line is flat. We are at the standard deviation of 3 since you can’t be less than zero. There are no numbers less than zero on growth charts.”

I am nodding my head with full knowledge that there are no zeros, but apparently, there are people who are “abnormal” or who “deviate” from the norms these charts work to maintain.

“Tell me what you want me to infer from this chart and these numbers.”

It’s like she’s afraid to say what’s on her mind and what she’s thinking, but has a plan for how this visit should go, for the observations I should make and the conclusions I should draw. I am playing dumb because my kid has always been outside the norm. I have never thought she would meet preconceived expectations. I work everyday to see her with an open heart and mind because she deserves to NOT always have the norm foisted upon her by the world that will inevitably foist it, even if it does in the name of kindness and care.

“She has been taking growth hormone for a year and patients with pseudohypo don’t usually respond to it.”

I bite my tongue and work to shrink in, but have a hard time not saying it, so it spills out.

“Based on the chart it does look like she’s losing weight, so I would gather that the response she is having is weight related and based on early results in clinical trials run by Dr. Emily Germaine Lee at Kennedy Krieger center in Baltimore, PHP1a patients lose weight on growth hormone. I’d also imagine that her internal organs might be growing. That seems important”

“But we can’t measure that,” she blasts. “We can only measure height and visible bone growth.”

“Ok. Are you telling me you want her to stop taking growth hormone?”

“No. I’m trying to set expectations.”

All this time Sadie’s eyes are pingponging between my head and the endocrinologist’s. Tears are welling in my eyes. Sadie comes over to place her hand on my knee.

“My daughter is small. She has always been small. Are you trying to tell me she will always be small? I am ok with that. I was ok with that before we started taking growth hormone.”

Not the doctor, but similar smile

The doctor stares at me with a weird smirky smile that seems to have an affected care about it or grandmotherly reassurance. The smile is unnerving because it’s packed full of how she thinks I should or would respond and the role she and this doctor’s visit might play in my expectations for my child. What she doesn’t know is how I think and feel about norms and bodies and my role as a parent for NOT setting expectations for my child and teaching her to ignore AND put the middle finger up to those who do. What the doctor doesn’t know is what makes this whole event feel so weird to me. It’s as though we are playing roles in a play that the doctor authored with a script she is holding onto and has read many times; rehearsed with other families, possibly in medical school or during her residency. It feels stilted and played out like an SNL skit; two two dimensional cardboard characters reading tele-prompters while simultaneously going through the motions.

And there is Sadie, looking around, distracting herself, wondering, studying, worrying about me…I’m pissed that she worries about me. I’m pissed that the doctor is putting me in a position where I am supposed to play the parent with expectations she is going to work on in front of my child. If Sadie invites me to a therapy session with her when she is 27 and we have to work through this doctor’s office visit, I won’t be surprised. The position this produces for her makes me sick to my stomach…makes me have to write this.

“If she follows at this standard deviation. If… She may be four foot eight.”

“That seems pretty tall,” I remark. “I’m 5’7. That’s less than a foot shorter. That puts her around my shoulder. That surprises me.”

I’m playing along, but this still feels weird. What are we doing? What is she doing? The doctor leads me out to the hallway, so we can look at the freaky measuring device they bounce on Sadie’s head at every appointment.

We stare at the empty space while the doctor calculates inches to centimeters and lowers the bouncy measuring board to display my daughter’s imagined future full grown height. The empty space below the bouncy board on the measuring device fills with my silence. The doctor’s stare at me is pregnant with expectation. I stand there. I don’t know what to say. I scream for my line. It doesn’t come. The doctor beckons to me with open arms. I think she wants me to hug her. She wants to console me. I do not want to mourn over my daughter’s height differential. I do not want to feel pity or sadness or anger or loss over her not meeting some imagined potential produced by norms that rank and classify. Like a rag doll, I hug her. That seems to be the key that unlocks the moment. We move back into the office. She tells me an inspirational story about a nurse who worked for her who was 4’8″ and could do anything. She had to drive a special car, but… This is a nice story. It is a planned story. The doctor seems done with the script.

I don’t want to be a part of this play. I want to write a different one where Sadie and I are the authors, not the doctor and the growth charts. Sure people will assume she is less capable, younger, etc. But it’s not my job to be that person or to mourn because Sadie isn’t somebody she isn’t. Sadie can, but I cannot. I don’t even want to. I fear people will hurt her feelings, that people will take advantage of her, that she will be dismissed more than the next kid. But many parents raising kids beyond the White middle class heteronormative (the list could go on) regime live with those fears and worse. The only power I have is power to live with her beyond those normative scripts people want us to embody daily, so she grows up knowing she IS all I want her to be.

One day Sadie just started asking, “Where’s the mom?” We’d be reading along in one of her books – all the gifts and garage sale acquisitions within her reach – and after about 3-5 pages, she’d want to know where all the adults were. This got me thinking about these books where children run things, without adult supervision, quietly busy, compliant, and leaving caregivers alone to attend to their domestic affairs, their heroine habits, or their writing careers? But to my 2-3 year old, these scenarios did not seem natural.

This “idealized” adult author version of the “Busy Timmy” galavanting about, waking up, getting dressed, fixing his breakfast, brushing his hair, cleaning his room, rocking on his horse, seemingly without caregivers, but with sweater buttoned up tight and hat tied closely beneath his chin was suspect.

This was the beginning of our early critical conversations. While I couldn’t guarantee that there was a mom, I could ask what Sadie thought might be going on outside of the page or beyond the frame. Who do you think wrote this book? Why would a grown up write a book about such a busy little boy? Why do grown ups want kids to be busy? Notice Timmy does not make any messes while he is busy. While we didn’t re-write social injustices with that conversation, we did start our early journey conversations about the constructedness of texts. 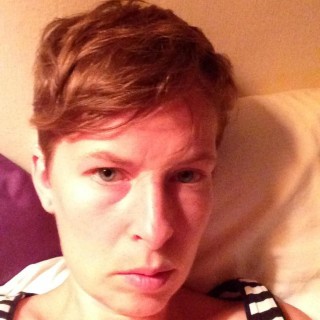 A community of readers

Pedagogy of the Special
Math by Hogan

"If you want to change the world, who do you begin with: yourself or others?" - Solzhenitsyn

Crawling Out of the Classroom

In everything that my students and I do together, we strive to find ways to use reading and writing to make the world outside of our classroom a better place for all of us to be

I'm not sure what life is for, but I'm pretty sure humans are for each other

slowing down to live the beautiful weird

Live to Write - Write to Live

We live to write and write to live ... professional writers talk about the craft and business of writing

I don't have a TV
This Is Not To Be Named
Looking at the colorful things in life.

In this crazy life.

Exploring SI one guest at a time...

The Educator's Guide to Mindfulness and New Media